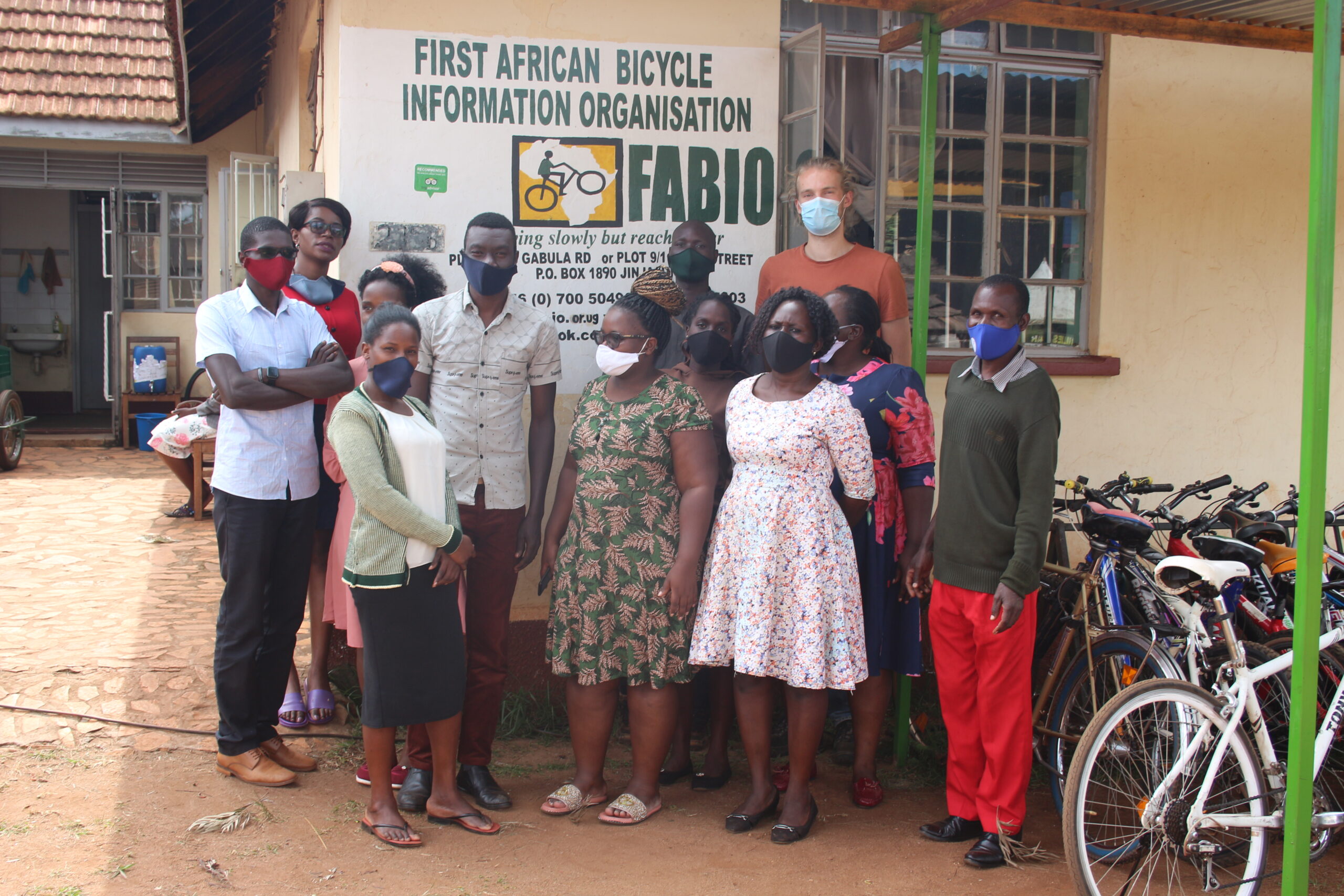 FABIO is a Non-Governmental Organisation (NGO) that seeks to promote the use of sustainable transport solutions with major emphasis on active transport and mass public transport. We use the bicycle as a tool of social transformation for improving the livelihoods of the vulnerable communities through enhancing the community access to basic services.

An empowered society where all people are healthy, active and enjoying social-economic services.

To enhance access to better social- economic services for vulnerable communities in Uganda particularly in Busoga Sub region through provision of bicycles (as a tool for social transformation), capacity building, networking , Research and policy advocacy

Quality– We strive to give the best according to our abilities, skills and laid down procedures
Passion and team work– We energize, motivate and support one another to accomplish our work
Equity and Equality –We exercise and work towards justice and impartiality
Integrity– Working with openness, honest and respect for each other and the communities we serve
Accountability– Responsibility taking for our purpose and resources as individuals and as an Organization

FABIO has become a one stop centre on issues of active transport, not only in Uganda but in Africa as a whole. FABIO organized the first ever pan-African bicycle conference in 2001 which established a springboard for advocacy for active transport on the continent. Thriving on its creative and innovative projects, FABIO in 2017 launched the first ever Electronic Bike technology in Uganda, apparently being piloted in Bukaaya village. Projects of this kind have positivelly impacted on the lives of people sustainably.

Recognising that most of the African countries including Uganda did not have comprehensive transport policies and plan, we embarked on engagement activities with the Ministry of Works and Transport, Kampala City Council Authority and lower urban councils of Jinja and Iganga. As an outcome, the National  non motorized transport Policy 2013 was launched. And FABIO with Support from UNEP has spearheaded its implementation on a pilot basis in Kampala, Mukono, Jinja and Iganga Municipalities. FABIO has therefore continued to advocate for active and sustainable transport and building capacities of people in Uganda through the different projects.

Over time FABIO, has partnered with national and regional networks including UNNGOF, GAIN-Uganda, CAN-U, SEATINI, and DENIVA to build capacities of communities to advocate for better service delivery and good governance.